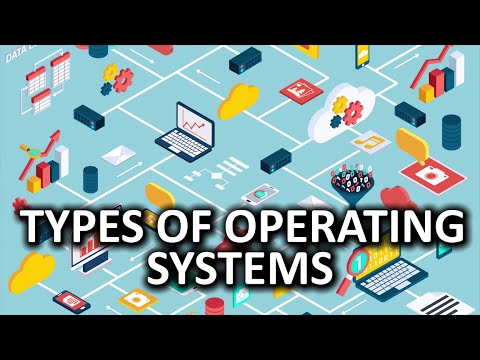 When most of us hear the phrase “operating system,” what first comes to mind is likely something your phone did while you were sleeping. You woke up in the morning, sleepily reached a hand over to silence a buzzing alarm clock and realized that things looked a little different.

At first, you might feel a little uncomfortable. Maybe a font was updated, or an icon looks different or is located in a different place. But, given time, you come to appreciate the updates. You’re able to access your favorite apps faster, or they’re able to perform a little better.

But have you ever considered the operating system that’s running your organization? And when’s the last time it was updated?

The concept of having an organizational operating system is one intrinsic to Verne Harnish’s “Scaling Up.” Harnish, who is one of our speakers for SURGE Growth from Nov. 6-8, identified the 10 Rockefeller Habits as the framework around which he constructed his method. The habits, which we’ve already reviewed for AssociationSuccess.org, are the fundamentals for executing the strategy outlined in an operating system.

An operating system, then, is the structured outline of how your organization runs. It’s the thing that answers questions like:

Without an operating system, it’s tough for anyone in the organization to know where it’s heading, and that can mean a culture of misinformation, misguided efforts and mismanaged priorities. Having one creates an internal system of checks and balances, and creates focus.

As Carrie McKeegan, the CEO and co-founder of Greenback Expat Tax Services, wrote for Inc. late this summer, an organization needs an operating system for four reasons:

In the piece, McKeegan’s advice was to find an operating system that would work best for your organization — but find one that does all of the above.

Accion Systems founder and Forbes Councils writer Natalya Bailey looked to create an operating system for her own organization, and she started by asking herself questions like, “what do I communicate and to which team members?; how often should we have management meetings?; when do we refresh our one-year goals?”

Starting there, she wrote, she developed a system that worked for her company, though admitted it still needed tweaking as it grew. Still, “It provides a framework within which every employee operates and it connects their jobs and even their most specific tasks to the greater goals of the company.”

And connecting the goals of individual employees to the goals of the greater organization is the quickest way to developing a clear line of sight.

You’ll learn more about Verne Harnish’s operating system, all of which is outlined in “Scaling Up,” during Surge when Harnish speaks for his keynote Nov. 8. Make sure you’re registered for this free, three-day event now!