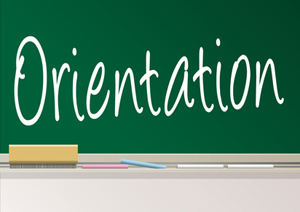 When you suggest board orientation you may hear, “You told us that last year, why should we sit through it again?”

Board orientation has many purposes. Besides familiarizing volunteer leaders with the organization, they are informed of their responsibilities. The desired outcome is a team working as a high performing board.

Protecting the organization is another reason. Orientation should address finances and safeguards, conflicts of interest, confidentiality, and advise compliance with state and federal laws.

Select the idea approach to orientation. What do you want to emphasize?

Roles and Goals: Describe responsibilities of volunteers then transition to awareness and the strategic plan.

Refresh and Blend: The emphasis on this orientation is to blend the new and seasoned directors to work as a team. Experienced directors benefit from a refresher, while new volunteers will hear the briefing for the first time. Seasoned directors can help explain governing concepts.

Roles, Relationships and Roadmap: This approach begins with board roles, then highlights the relationships between board and committees, staff, membership, and external factors. It concludes by reviewing the strategic plan.

Who Should Attend: Invite all directors and officers, committee chairs and emerging leaders. Enhance value of the meeting by encouraging attendance of current and future leaders.

Instructors: The executive director often leads the orientation. The disadvantage is the potential for conflict of interest, realizing the executive is addressing his or her bosses. Invite an executive who is familiar with the organization and has respect of the board. The association’s attorney and accountant can add to the session.

Documents: Orientation is the opportunity to review important documents. Provide them in a leadership manual, on a memory stick, or in a shared site such as Dropbox or a board accessible portal.

Virtual: During the pandemic, orientation can be delivered virtually. Be sure to leave time for questions and ask everybody to turn on their cameras.

Terminology is a large part of the orientation. Increase understanding of concepts such as mission, vision, and values, strategic versus tactical thinking, and the governance -management balance.

Finer points to cover include indemnification, executive session, confidentiality, public records, conflicts of interest, and authority of the executive committee.

Record in meeting minutes that a board orientation was conducted, and directors have access to governing documents. The notation may be helpful if there is a legal challenge with the deposition question, “Do you have any proof that an orientation was held for the year in question?”

Have directors sign a commitment form retained by the association. It includes the agreement to advance the mission, serve the membership, disclose conflicts, avoid antitrust violations, respect confidentiality, and to support the decisions of the board.